The highlights of yesterday’s programme at the Marsa Racetrack were five championship finals for French trotters on a short distance of 2140m. These formed part of the 30th meeting of the season which consisted of twelve races. This year these French championships were organized by the Malta Racing Club thanks to the financial support of the French association Le Trot and the betting agencies PMU and Izibet.

Certainly the most important event was the Prix De Vincennes for class Premier trotters and in which Quartz De Vindecy triumphed under the guidance of Carmelo Farrugia. Yesterday’s card also included the Mediterranean Derby final for flat horses on a long distance of 1750m. It was Gold As Good which managed to win this coveted trophy.
Eleven trotters lined up for the class Premier final. It was Queztal De Brix (Clint Vassallo) which set the early pace, opening a small lead from Radieux De Crennes (Marius Mizzi) and Quartz De Vindecy (Carmelo Farrugia). However, with around 400m to go, the early leader started to slow down.

The other trotting finals on the card were the Prix d’Enghien for class Gold trotters, the Prix De Cabourg for class Silver trotters, the Prix De Cagnes Sur Mer for class Bronze and the Prix De Caen which was open for class Copper trotters. In the class Copper final, the early leader, Uranos (Tony Demanuele), ran out of steam when the front horses turned around for their final straight. This trotter was overtaken by Brio De Malte (Rodney Gatt) which gained its third win of the year and in Malta easily by a length from Aster Jador (Noel Baldacchino) and Norfolk De Gouerie (Mario Falzon). Best Of D’Herfraie (Paul Galea) and Uranus Du Cours (Jason Cordina) followed behind in that order.

Sacre Look (George Muscat) dashed strongly from the outside around 400m to the end of the class Gold final. This French trotter surged ahead midway through the final straight and cruised to its first win in Malta from Sephiro Flam (Clint Vassallo), Sirius Atao (Noel Baldacchino), Solide Du Jayle (Tony Cauchi) and Tempo Boy (Michael Ellul).
A keen tussle between two trotters, Tsardiem (Noel Baldacchino) and Quipson (Rodney Gatt) developed in the final straight of the class Silver final. It was the former which took its second win in a row and in Malta with Sillon Du Breuil (Micheal Ellul), Rocky Mati (Carl Caruana) and Tresor De Quesny (Andrew Farrugia) finishing respectively in third, fourth and fifth place.

Saphir Censerie (Kurt Saliba) led all the way during the 2140m distance of the class Bronze final. This French ten year old trotter managed to gain its first win of the season from Teddy Brador (Charles Camilleri), Pittacos (Noel Baldacchino), Petit Pierricais (Brian Zammit) and Tango d’Essag (Michael Ellul). At the end of every final, the trophies to the respective owners and drivers were presented by Sergio Cappitta and Franco Degabriele on behalf of Izibet, Damien Beau Le Trot Official and MRC Chairman Edwin Borg.

In the only flat race of the day, the Mediterranean Derby final, only took part five horses. Irish mare Gold As Good, driven by Italian Sebastiano Guerrieri, was first out of the gates, opening a small lead from Timolin (Michael Sultana) and Italian newcomer Hoyland Priory (Demis Zammit). Gold As Good led all the way and finished first from Timolin and British debutante Kalindero, mounted by Italian Antonio Pappalardo. At the end of this final, MRC Chairman Edwin Borg presented the prestigious trophy to Mr Jonathan Abela and Sebastiano Guerrieri, the owner and jockey respectively of the winning mare. It should be noted that two years ago Gold As Good had also won a similar final at the Marsa Racetrack.

A horse racing enthusiast and journalist. He started his career in 1992 and today is the main correspondent on horse racing for In-Nazzjon, Il-Mument and the Times of Malta. He also writes on a number of international magazines and produces TV programmes for E22 and TVM.Kenneth is the proud winner of two consecutive awards of the Malta Broadcasting Awards for the best sport programmes with documentaries.
View all posts by Kenneth Vella »
« IZIBET AND MALTA RACING CLUB SIGN SPONSORSHIP AGREEMENT
Uccello Jet jiehu l-ewwel rebha fil-finali Premier » 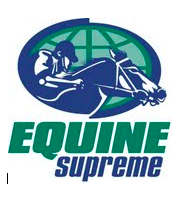