Overtaker By Sib steals once again the limelight

The 2018 horse racing season started yesterday at the Marsa Racetrack with the first meeting of the year and which consisted of ten races all for trotters. The major event was the Malta Racing Champion Trotter for class Premier trotters on a short distance of 2140m. This final was won by Italian Overtaker By Sib. Apart from this final, four other finals were organized for class Gold, Silver, Bronze and Copper trotters. Rodney Gatt managed to win two of these finals.

Ten horses lined up for the class Premier final. It was Ruy Blas d’Ariane (Rodney Gatt) the fastest horse at first, opening a small lead from Unrefundable (Anton Cassar) and Tonio Du Vivier (Charles Camilleri). With a lap to go, Service Secret (Andrew Farrugia), together with favourite Overtaker By Sib (Marco Refalo) started to up their pace from the outside. 400m from the finishing line Service Secret and Overtaker By Sib took the lead and sprinted neck and neck and in the final metres Marco Refalo put his trotter in front. Overtaker By Sib gained its 21st win in Malta from Tonio Du Vivier. Service Secret had to settle for third place from M.T. Gogogirl (Nathaniel Barbara). It should be noted that during the last two years, Overtaker By Sib finished the most consistent horse of the season and in 2017 this Italian trotter also won a similar final and the Tazza l-Kbira Championship.

As expected, French Tenor Orange (Rodney Gatt) led all the way in the class Gold final. This eleven year old trotter cruised to its fifth win in a row after staving off the challenge of Lajos Cella (Charles Camilleri) in the final straight. Hallas Judex (Charles Magro) and Quartz De Gautiers (Cliferty Calleja) followed behind in that order.

In the class Silver final, there was a keen tussle in the final straight between Sambuca Knick (Charles Camilleri) and Big Finish (Rodney Gatt). It was the former which sealed its seventh win in Malta with Lajos Bellan (Noel Baldacchino) and Urido (Paul Galea) claimed the other top four positions.

In the class Bronze final, Swedish mare Dehande (Rodney Gatt) led all the way during the 2140m distance and secured its first win of the year by a length from Roc Magister (Kirsten Axisa) and Ugolin Di Rib (Kirsten Gialanze’). Celebre Sublignais (Andrew Farrugia) also obtained a positive place when ending in fourth place.

Coup De Vent (Michael Axisa) ran out of steam midway through the final straight of the class Copper final. This French six year old trotter was overtaken by Belle Ludoise (Noel Baldacchino) which triumphed by half length. Bolide Boy Honey (Jesmar Gafa’) and Very Crazy Quick (Dylan Baldacchino) ended respectively in third and fourth place. For Belle Ludoise this was its first win in Malta

During yesterday’s meeting, Rodney Gatt was awarded as the best driver of last year and Paul Galea as the best driver in the under 25 category. These drivers were presented with a commemorative plaque by Tommy Cunningham, who recently was appointed general secretary of the Malta Racing Club and by Edwin Borg, who is the club Chairman.

Another meeting at the Marsa Racetrack will be held next Sunday. The first race should start at 1.15pm.

A horse racing enthusiast and journalist. He started his career in 1992 and today is the main correspondent on horse racing for In-Nazzjon, Il-Mument and the Times of Malta. He also writes on a number of international magazines and produces TV programmes for E22 and TVM.Kenneth is the proud winner of two consecutive awards of the Malta Broadcasting Awards for the best sport programmes with documentaries.
View all posts by Kenneth Vella »
« Overtaker By Sib and Quipson win first finals of the season 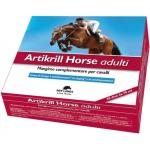